Sacrebleu is a very old French profanity meant as a cry of surprise or happiness!

Other sources propose it coming from old blasphemous curses relating to God,used from the late Middle-Age (some are attested as early as the 11th century) to the 14th (at the latest), with many variants: morbleu or mordieu, corbleu, palsambleu, jarnidieu, tudieu, respectively standing for mort [de] Dieu (God's death), corps [de] Dieu (God's body), par le sang [de] Dieu (by God's blood, the two latter possibly referring to the Eucharistic bread and wine), je renie Dieu (I deny God), tue Dieu (kill God)... Those curses may be compared to the archaic English [God']sdeath, sblood, struth or zounds (God's wounds). They were considered so offensive that Dieu was sublimated into the similar sounding neutral syllable bleu. The verb sacrer has several meanings, including to crown, to anoint, to name someone [champion, best actor, etc.], and in the past, rarely in France but more common in French Canada, of swear, curse. Therefore, sacrebleu could be in modern French Je jure par Dieu and in English I curse by God, or the more used I swear to God.
http://footlesscrow.blogspot.be/2016/04/sinking-like-stone.html

The weather in font wasn't good at all last week, but i managed to squeeze in a couple of climbing days.
Finally sent T-res assis!

T-rex assis (8a/+) from STEELFINGERS on Vimeo.

After travelling i had to get back on track with work and training.
First i had to do the boulder setting for the second round in the "Belgian boulder cup", a qualifying round for the Belgian nationals.
This was my first National comp as Chief route setter. The challenge of creating 30 boulders that suit: juniors, seniors men and women with varied styles and difficulty is not just hard its EXTREMELY hard.
Setting for a recreational competition is though and when you make mistakes the consequences are minor.
When setting for a comp in this format where contestants only have 5 attempts per boulder and you have to take many things into consideration (morphology,style and strengths of younger and female climbers)and on top of that making it interesting/spectacular for the crowd is very challenging.
In the end it turned out to be a great competition according to the participating climbers, i am looking forward to doing it again (next year..) 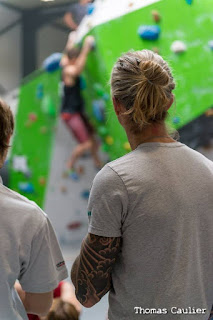 Silvretta and boulder of the week

In our last 2 weeks of vacation we decided to go bouldering in Switserland. Unfortunately just before leaving we heard the parking in MW was completely full and the weather forecast was not in our favor. We were low in funds so paying 7 euro p/p for a parking spot in the rain and dixie toilets seemed a bit silly. The only place that had decent weather was Silvretta in Austria. To my surprise we could climb the 6 full days of our stay despite the rain. Silvretta is good fun for a week with steep hikes and decent bouldering. The grades are VERY friendly.
Just for fun i made this list of easy tick crags for people looking to do their "first of the grade":
1. Silvretta
2. Rocklands
3. Albaracin
4. Targassonne
5. Cresciano
6. Hueco Tanks/ Magic woods
7. Peak district
8. Hampi
9. Chironico
10. Happy's (Bishop)

To be clear this is from easy to hard in my personal opinion. As you can see Fontainebleau is not in the top 10 ;).
From now on i will stop making long movies but instead post a " Boulder of the week".
This is the first boulder of the week: Niviuk 8a vers uit Silvretta

A few boulders we managed to catch on film from our Rocklands trip...

This is a video of some climbs we did in Joe's Valley. Enjoy

Posted by smith at 08:38 Geen opmerkingen:

I finally managed to finish our short movie of our Red Rocks stay.

Hope you all enjoy it and get some extra motivation from watching this.
Posted by smith at 22:25 Geen opmerkingen: 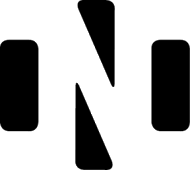